A few days late on the round-up this week - it was a busy week, an exhausting week, and an inspiring week at our Vacation Bible School. The church I serve hosts their VBS at a local campground so not only is there lots of space to run around, but it connects with a community of kids who might never find their way through the doors of our church building. (It was also a great opportunity to push the idea that the church needs to move from an "attractional" mindset to a "missional" one - go where the people are, don't wait for them to come to us!)

Links of interest this week:

Fred Clark writes on how Martin Luther King's legacy (and words) have been misused by some conservative thinkers.

The 2010 State of the Church report is out for the UMC. I haven't had a chance to study it yet, but Andrew Conrad summarizes a couple points noting that many churches lack a clear vision and that the average age of United Methodists is significantly higher than the general population - not really a surprise, but definitely a point of concern.

Scot McKnight asks an important question around "Virtual Sermons." McKnight shares an article from CNN on the topic which quotes Tom Long on the incarnational aspect of preaching that is missing from a video feed. I understand the appeal of allowing high-quality preaching to be heard in a variety of locations and freeing up others to do the work of ministry, but there are some serious questions it raises as well.

Seth Godin offers some great thoughts around celebrating what's right, instead of giving all our attention to the problems. I've also (finally) started to read Linchpin this week - only a few pages in and I'm in love with it. The book seems to coincide really well with this piece from Hugh MacLeod: 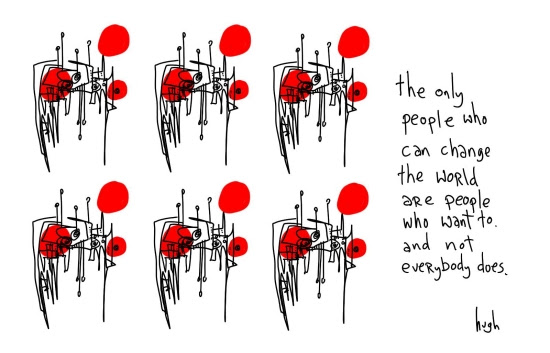 (From Hugh MacLeod via Waving or Drowning)
Also, apparently now God Hates Nerds - is it bad that my first thought was that quote attributed to Niemoller, "Then they came for me and by that time there was no one left to speak up."

A couple nerd-rock anthems from the early '90s to cap off this week's post: