Andrew Jones has offered his 5 Tips For Attending a Baptist Church Without Embarrassing Yourself. Seems like they'd work pretty well for most UMC's too.

Over at bedeviant you can read Justin Wise's thoughts on What Starbucks Can Teach You About God. I think there is a lesson for the church in there as well, but I'd be nervous about drawing the analogy too far, because there are already too many people who treat "church" like a commodity and expect the pastor to know their needs and respond to their preferences before they can even articulate them. At the same time, it is important to remember that basic premise that everyone wanted to feel valued, remembered and recognized.

Lifehacker gives some thought to What Managers and Freelancers Can Learn From the Grateful Dead. For me the take-away is look for creative ways to empower the people, so that they will not just "buy in" but expand the base. Maybe there is a lesson for the church in there, too. (I also look forward to the day worship services are bootlegged... "Dude, have you heard this Pentecost service from 2005 - it is amazing, and the organ on 'O For a Thousand Tongues' will blow your mind!!" - yeah, I know it would never happen, but I still have to hold on to some sort of rock-star dreams).

Keeping with the "lay empowerment" theme, Seth Godin explains how is it much easier to teach compliance than initiative, and in my feed reader this morning just before the Godin article was this photo posted by Jonny Baker [via trying to follow | photo via ivan amezcua] 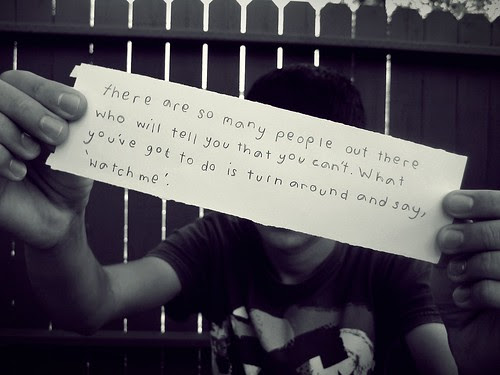 Jeremy Smith points to the issue of people who feel pressure to fake being a Christian to gain social acceptance in their community. As he puts it,


"I'm much less insulted by the fakers than I am by the Christians who don't express radical hospitality to other faiths/agnostics."

Seth Godin also has some interesting thoughts on the power of zealots. He makes the case that given a broad range of perspectives (on any issue), the real power of the zealot is to get the middle to broaden or redefine the "center." He writes:


"The people at either end have little hope of moving the masses all the way to their end of the argument. Instead, what they do is make it feel safer to change the boundaries, safer to recalibrate the compromise. Over time, as the edges feel more palatable, the masses are more likely to be willing to edge their way closer to one edge or another. Successful zealots don't argue to win. They argue to move the goalposts and to make it appear sane to do so."

The day I build the Treadmill Desk is the day I will destroy Jeremy Peters in the Virgin Healthmiles Program. (Meaning: it will never happen, but it's still a cool idea).

The new Leno promo, featuring the Beatles' "Get Back" has been re-edited by Team CoCo. I like this version (via Consumerist):


"Today I interviewed a squirrel in my backyard and then threw to commercial. Somebody help me."

Finally, for this week's music selection, something that I'll admit is incredibly wrong, but you still need to hear: